It was planned to finance the building by a lottery. Items of gold and silver and commodities to the value of 2,556 Mark were in the raffle. 4,000 tickets – including 400 free tickets – were in the pot for 1 Mark each. The drawing was done under the supervision of an official and three citizens. The board of the synagogue suggested registrar Würfel, Waisenrichter Fischer and merchant G. Brecht. With the gain from this lottery and further donations from Jewish people (even from abroad) the building was financed. (from: Allemania Judaica, own translation)

Items that were not claimed after the raffle were sold in a separate auction: 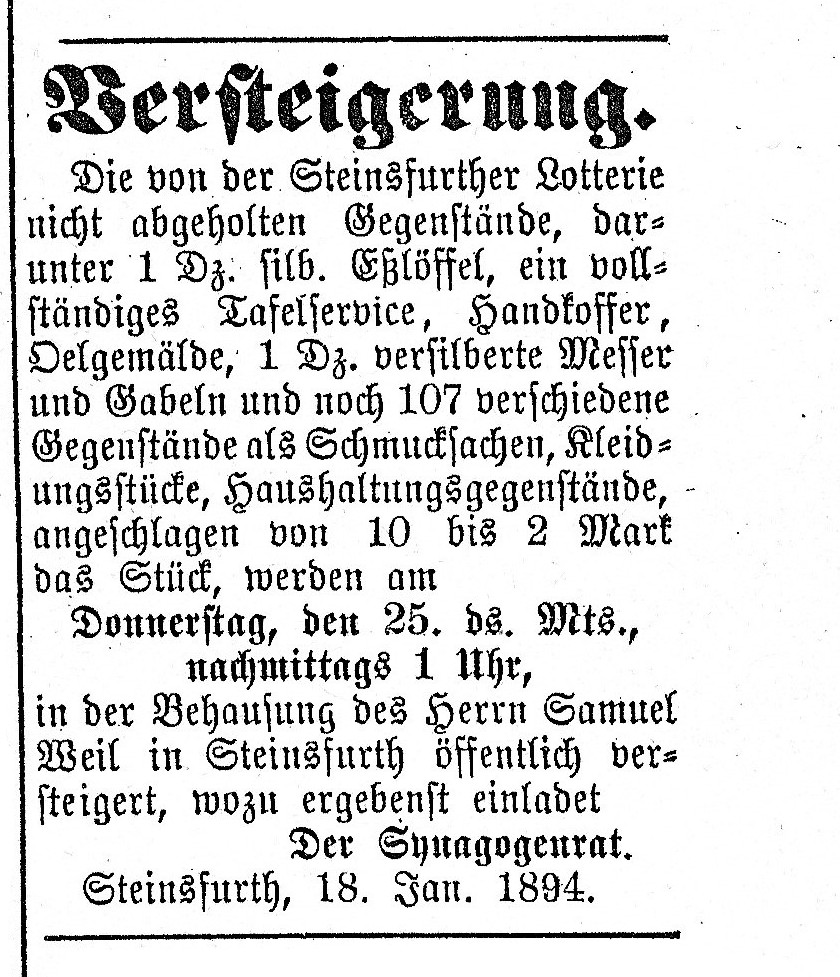