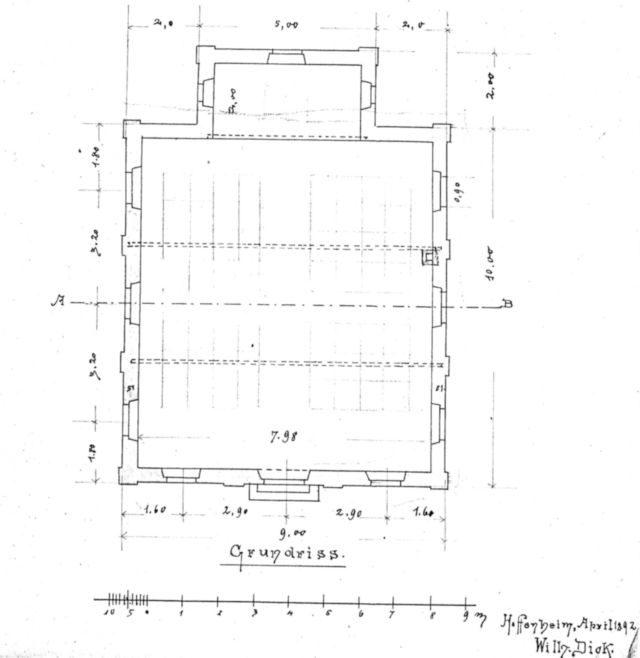 The plans for the synagogue were drawn by the young architect Wilhelm Dick (1874 - 1904) from Hoffenheim.

Wilhelm's father Anton Dick (1840 - 1900) was  „Bezirksbaukontrolleur” at that time.  On September 22, 1882 he wrote the review for the regional buildung authority. In this he voted in favour of the plans but suggested some alterations which were used in the planning permission. This was granted on October 5, 1892 by the „Großherzogliches Bezirksamt Sinsheim”.

The Generallandesarchiv Karlsruhe has kindly permitted the use of the plans  (24.04.2014)