We celebrated the 125th anniversary of the synagogue with an evening in the Synagoge on July 13th at 7:30 pm under the heading "Encounter" with performing artists Bernhard (guitar and voice) & Corinna Lorenz (song and text) from Neckarbischofsheim.

While the "modern tales" had mainly local connections and were often spoken with an "Odenwald accent", most of the songs were taken from the Jewish tradition and were performed in Yiddish.

Through the light-effects the evening was really enchanting for all.

The synagogue was packed full and there were huge rounds of applaus until the spectators even fell in with the final encore. 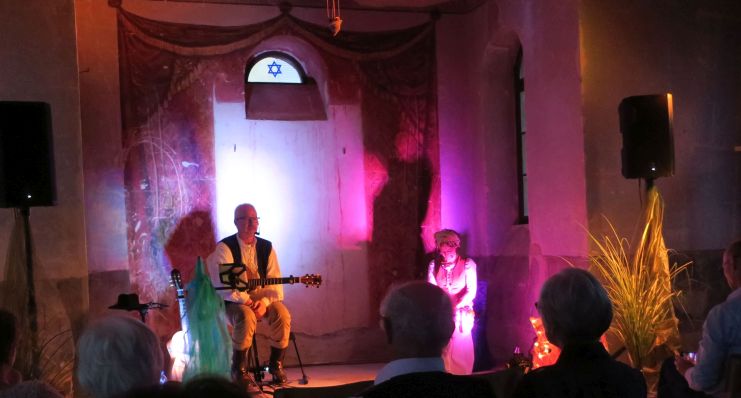 Impressions from the evening